Create an Account - Increase your productivity, customize your experience, and engage in information you care about.

Big Spring Vietnam Memorial is located in Big Spring Texas, on the edge of the campus of Southwest Collegiate Institute for the Deaf, overlooking the former Webb Air Force Base.

In 1987 the Big Spring Chamber of Commerce formed a committee to plan and organize for the arrival of the Moving Wall. During the last week of September 1987, after months of planning and work, the Wall arrived. It was contained in huge wooden crates accompanied by a Vietnam veteran named Michael Letton. One by one, the panels of the Wall were assembled on plot of land at the corner of the former Webb Air Force Base, overlooking the distant West Texas horizon.

The Wall impacted the lives of many of the thousands of people who visited it. Day or night, the Wall was never alone - someone was always there, finding the name of a lost friend , family member , a lost comrade. Or standing in the shadows remembering.

A group formed, comprised of veterans and others from the committee that organized it, and from some of those who had spent days at the Moving Wall. It was decided that the land on which the Wall had stood could see no other purpose but as a site for a memorial to that week in 1987 and to ensure that we never forget the sacrifices that had been made years ago.

The Vietnam Memorial Committee of Big Spring was formed and incorporated as a 501(c) (3) non-profit corporation in February of 1988. The committee's chartered purpose was to:

A few months later, in August 1988, the Vietnam Memorial Committee obtained a lease from the Howard County Junior College District for the two and a half acres land on which the Moving Wall had stood. A tree was planted to represent the commitment to build the memorial. The Committee had the land , all that was needed then was the money.

On October 22, 1988 the first air show was held. Though organized by complete novices at such events the air show was a great success. Attendance was estimated to be over 5000. Planning the second air show had begun before the first one was over.

Between air shows other activities were held. Seminars on the Vietnam War were presented to high school students. On September 10, 1989, POW/MIA Recognition Day, at the request the of the Memorial Committee, the City of Big Spring renamed Eighth Avenue and the intersecting Avenue D to Rackley Street and Swords Avenue to honor Lt. Col. Inzar Rackley and Lt. Col. Smith Swords, two Howard County residents who are missing-in-action in Southeast Asia. Three more trees had been planted, one each for Rackley and Swords,and a third for Major Edward Hudgens, who is no longer missing-in-action as his remains were returned in 1997.

Aishow The second annual Vietnam Memorial Air Show was held the last weekend of October 1989. This event drew thousands of people from throughout West Texas to Big Spring. It featured professional civilian air show performers, the Army's Golden Knights parachute team, and many military aircraft demonstrations. The final air show was held October 1990. The first two air shows provided the organizers the expertise to produce a world class air show. This was confirmed by many of the 30,000 visitors, who said it was the best air show they had ever seen.

Memorial With the profits made from the air shows, and from bake sales, and T-shirt sales, and with the many generous donations from members of the community, the memorial became a possibility.

Construction began in late Fall of 1990 the foundation was poured in January of 1991, plaza construction completed, and the memorial was assembled.

On May 27, 1991 a dream that was born three years earlier was fully realized when the community of Big Spring dedicated the Big Spring Vietnam Memorial.

Five years later, in 1996, a UH-1 (O-61078) was acquired from the Army. Hundreds of hours were spent cosmetically restoring the Huey, and providing it a paint job that matched Vietnam era Medi-Evac helicopters. On Memorial Day, 1997 the Huey was dedicated. An F-4E Phantom II (66-368) Phantom was acquired from the USAF in December 1997. And in five short months it was completely restored and mounted next to the Huey. It's dedication ceremonies were held Memorial Day 1998.

This memorial would not have been possible without the financial support and hard work of so many members of the Big Spring community they are to numerous to list, but not unappreciated.

The Big Spring Vietnam Memorial, and others like it throughout the country, will ensure those who sacrificed their lives, those who didn't return, and those who survived yet still carry scars, seen and unseen, will never be forgotten. 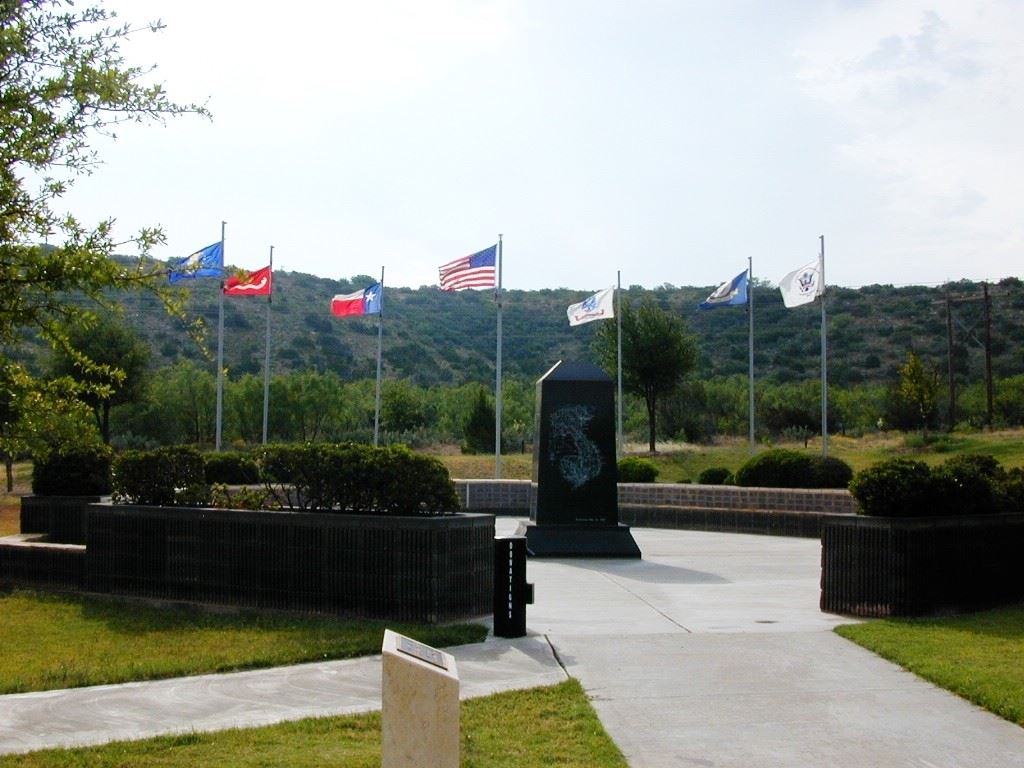